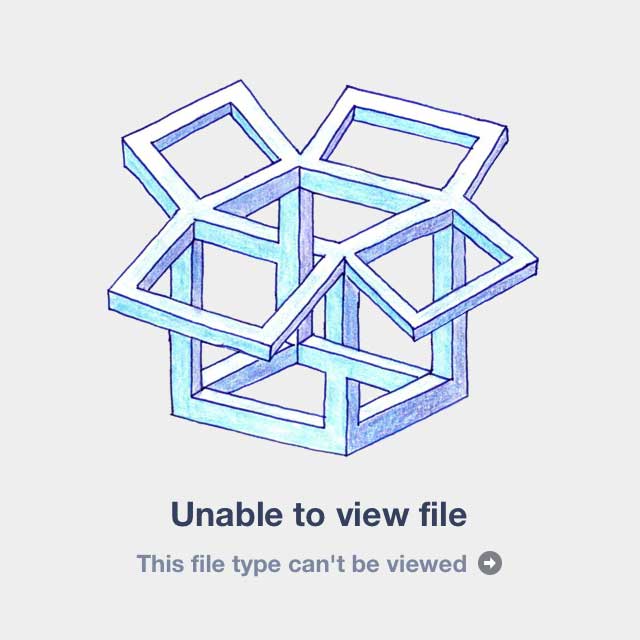 When time becomes a loop

I really love this.

A clever interpretation of  the DropBox logo that is presented to the user when the app is unable to deliver the requested file on a mobile phone. A bit like a custom 404 page. Also a great example of how to extend a brand.

Quite a good analogy as it happens. As no matter what you do, you aren’t going to get to the bottom of it. Never ending, baffling, confusing. It’s in the box but not in the box. It feels like a logo that would have been doodled by MC Escher while contemplating his next masterpiece.