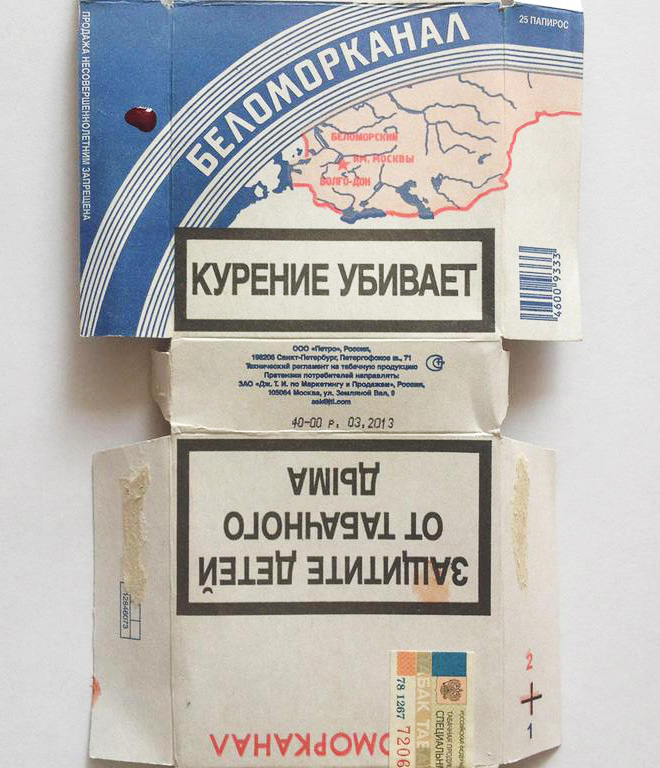 #StuffInMyDrawers -an indefinite series: This is N° 1 : Russian cigarette packet —Belomorkanal / Беломорканал
Something I have started documenting over on my Twitter persona, @orangegodd

This product has a fascinating history so i’m not going to warble on about it as it’s well described over at wikipedia.

Save to say that I’m just a sucker for typography of all sorts and especially foreign language packaging. A Russian friend gave me these. I don’t think he ever expected me to smoke them though! Also I never like throwing stuff out so this is helping me document all the stuff that has been lining my drawers for far too long. Doing away with the real world items but not before recording everything.
Its a win-win ting.