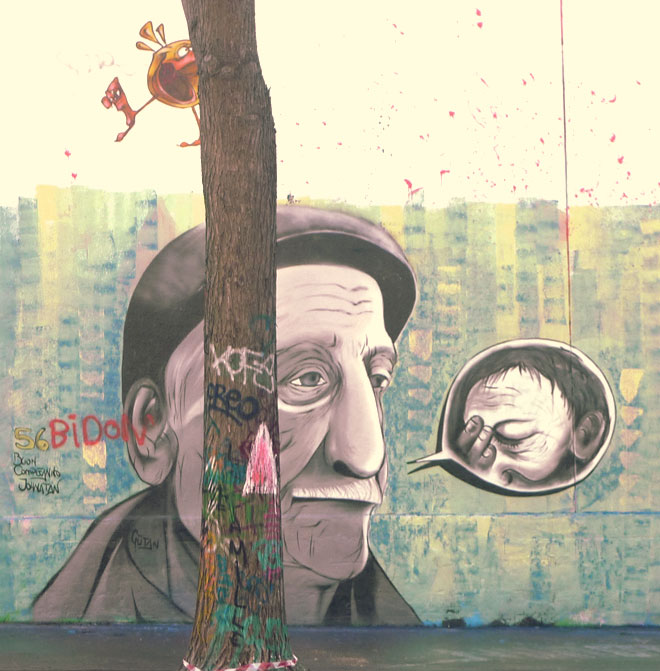 End of an era

Well, I have been honoured and privileged to have had the opportunity to feast on this wall of creativity pretty much every day for the last year. Ever changing and morphing into different forms, Rue des Pyrenées has been a vast canvas for urban essays issuing from the cans of some of the finest street artists in Paris. It’s been mentioned here before on these pages, but this time it’s real. The ephemeral nature of the artform has finely caught up with this particular incarnation. The demolition crew have been brought in and the Marie of paris has authorised the razing of the former bus station-one wall of which you see here. I can’t help but wonder what is going to replace this little coloured corner of South East Paris. Je vie dans l’espoir that it will 1 tenth of a percent as interesting as what it is replacing!