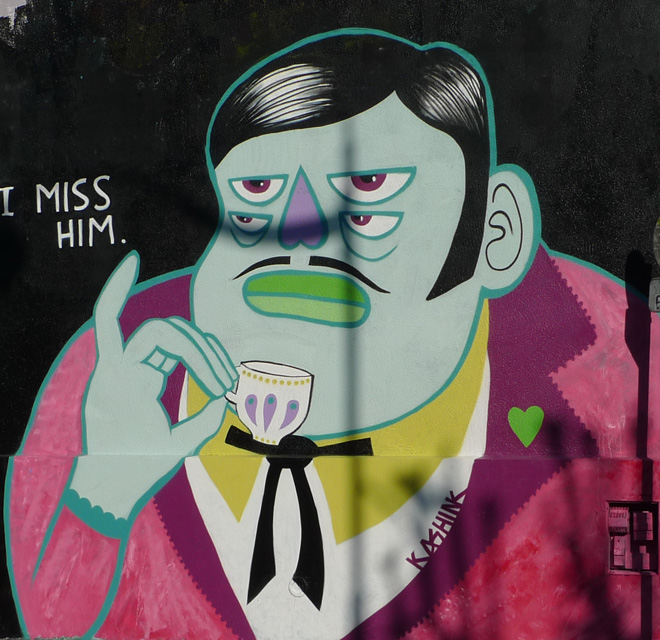 Some quite beautiful works of art in the 20th arr in Paris. The site of an old bus depot which is currently embroiled in political machinations regarding planning permission is currently a canvas for Parisian based taggers of all styles and persuasions. If I didnt have to work for a living ;-) I would set up some camera equipment and tripod here and capture the most amazing stop motion footage. However, I have to content myself with reveling in the constantly changing vista, usually viewed at speed from my bike on the way to work in Stalingrad. The constantly evolving scenario regularly displays the friendly rivalry between artists. This particular example was a response to a re-paint of a previous work, only for this one to disappear itself a day later. Fascinating stuff. More examples can be viewed on my Flickr account here: Flickr There is also a great blog with some older examples here: Graffitis – le spot de la rue des Pyrénées | Gavroche père & fils