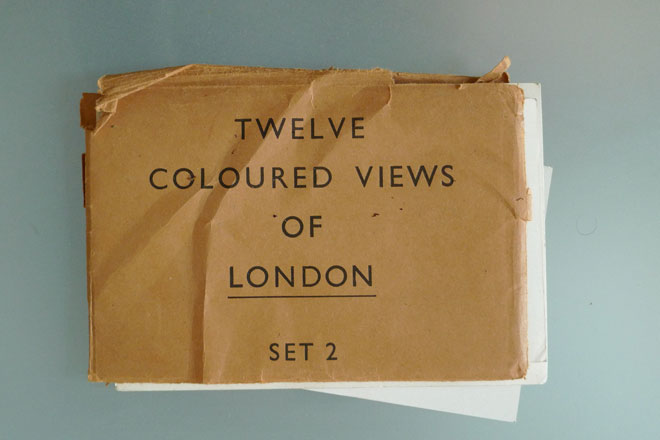 The typeface will be recognisable to anybody who has ever entered the London Underground system as being Johnston Sans– the precursor to todays Gill Sans and designed by Edward Johnston. When they say ‘coloured’ they mean hand tinted, and the set comprises various period images of London; A steam ship going under Tower Bridge, changing of the guard at Buckingham Palace and trolley buses on Westminster Bridge which probably dates it to around the mid to late 1920’s. But for me the real joy is the combination of typography and the colours from where it lay discarded on the table. Funnily enough I found this in the weekend  flea market in Lille and was intending to look after it but failed miserably hence the torn edges and the crease. I just can’t be trusted with anything!